Many Are Struck by New Maladies After COVID 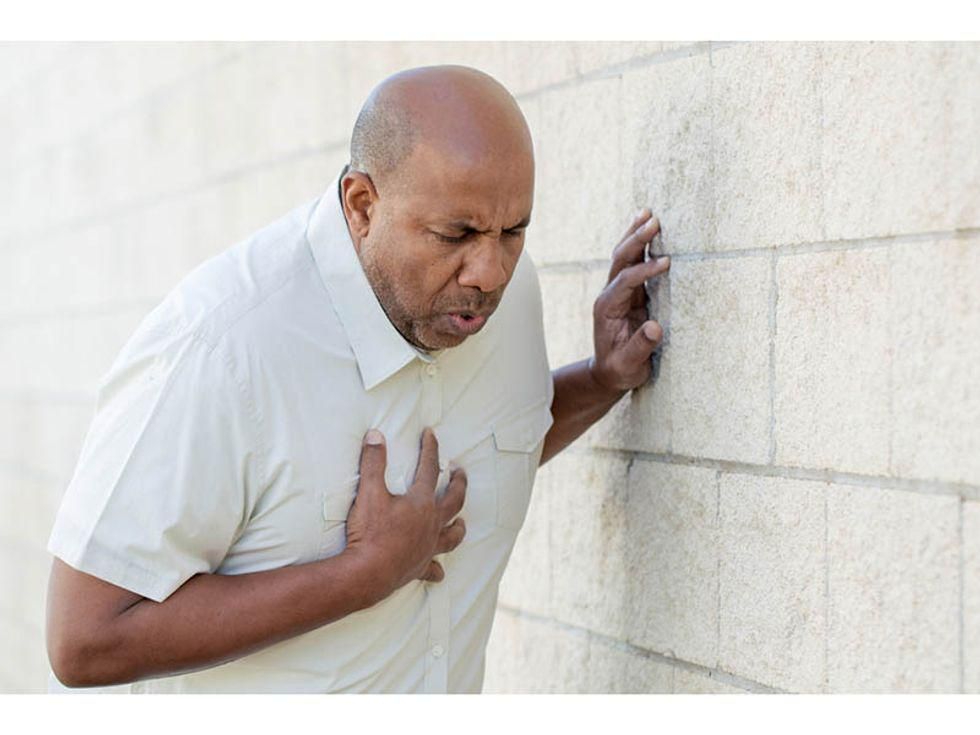 Suffering through a case of COVID-19 unleashed a host of other health problems in hundreds of thousands of Americans participating in the largest study yet of the long-term effects of coronavirus infection.

Tracking the health insurance records of nearly 2 million people who caught the coronavirus last year, researchers found that one month or more after their infection, almost one-quarter of them sought medical treatment for new conditions, The New York Times reported.

The range of both those affected and the symptoms that struck them was wide. The health issues affected all ages, including children. The most common new health problems were pain; breathing difficulties; high cholesterol; malaise and fatigue; and high blood pressure. But symptoms did not stop there: Some suffered intestinal symptoms; migraines; skin problems; heart abnormalities; sleep disorders; and mental health conditions like anxiety and depression.

"One thing that was surprising to us was the large percentage of asymptomatic patients that are in that category of long COVID," Robin Gelburd, president of the nonprofit FAIR Health, told the Times.

Gelburd said that since asymptomatic people can have post-COVID symptoms, patients and doctors alike should consider the possibility that some health issues may actually be aftereffects of coronavirus infection.

In total, the report found that more than 454,000 people consulted health providers for symptoms 30 days or more after their infection. The analysis was evaluated by an independent academic reviewer but was not formally peer-reviewed, according to FAIR Health.

"The strength of this study is really its size and its ability to look across the range of disease severity in a diversity of age groups," Dr. Helen Chu, an associate professor of medicine and infectious diseases at the University of Washington's School of Medicine, told the Times.

The report "drives home the point that long COVID can affect nearly every organ system," Dr. Ziyad Al-Aly, chief of the research and development service at the VA St. Louis Health Care System, told the Times.

"Some of these manifestations are chronic conditions that will last a lifetime and will forever scar some individuals and families," added Al-Aly, who authored a large study published in April on lingering symptoms in COVID-19 patients in the Department of Veterans Affairs health system.

In the latest report, the most common issue for which patients sought medical care was pain — including nerve inflammation and aches and pains associated with nerves and muscles. It was reported by more than a fifth of those who reported post-COVID problems. Breathing difficulties, including shortness of breath, were experienced by 3.5 percent of post-COVID patients.

Nearly 3 percent of patients sought treatment for symptoms that were labeled with diagnostic codes for malaise and fatigue, a far-reaching category that could include issues like brain fog and exhaustion that worsens after physical or mental activity, the Times reported.

The database included only people with private health insurance or Medicare Advantage, not those uninsured or covered by Medicare Parts A, B and D, Medicaid or other government health programs. Chu told the Times that people without insurance or with incomes low enough to qualify for Medicaid are often "more likely to have worse outcomes."

Also, the study did not compare people who had COVID-19 with those who did not, to see if such symptoms were higher than in the general population. The report did exclude patients with certain serious or chronic preexisting conditions like cancer, kidney disease, HIV, liver disease and stroke, to separate their previous health status from post-COVID symptoms.

Novavax, a Maryland biotechnology company that has struggled mightily with delays in developing its coronavirus vaccine, announced Monday that its two-shot regimen was over 90% effective overall in a trial that unfolded even as more contagious variants emerged.

Among 30,000 volunteers — all of them from either the United States or Mexico — vaccinated people were completely protected against severe and even moderate cases of illness. There were no cases of hospitalization or death among people who received the vaccine, the company reported. Side effects were mild — fatigue, headaches and muscle pain — and reactions tended to be less frequent than those triggered by some already authorized vaccines, the company said.

"Today, Novavax is one step closer to addressing the critical and persistent global public health need for additional COVID-19 vaccines," Novavax president and CEO Stanley Erck said in a statement. "These clinical results reinforce that [the vaccine] is extremely effective and offers complete protection against both moderate and severe COVID-19 infection."

Dr. Anthony Fauci, director of the U.S. National Institute of Allergy and Infectious Diseases, said, "It's really very impressive," noting that the vaccine was as good as the most effective shots developed so far during the pandemic. "It's very important for the world's population to have, yet again, another highly efficacious vaccine that looks in its trial to have a good safety profile," Fauci told the Washington Post.

As heartening as the results were, the vaccine may not become a key player in the pandemic until late summer or fall.

Erck told the Post that Novavax will apply for regulatory clearance from a half-dozen countries in the third quarter, which begins in July. With tens of millions of doses already in hand, the company plans to boost manufacturing to produce 100 million doses a month by the end of September and 150 million doses a month in the last three months of the year.

In the United States, the company still needs to file for emergency authorization. The data, which was presented in a news release, will be examined by regulators at the U.S. Food and Drug Administration and by an advisory committee of vaccine advisers. Erck said the vaccine will likely have its biggest initial impact globally, through the World Health Organization's COVAX initiative.

"A lot of our vaccine is going to be targeted in the early stages for COVAX … and so a lot of those doses are going to get into the low- and middle-income countries first, which is a good thing," Erck said. Novavax has pledged 1.1 billion doses to COVAX.

The Novavax vaccine was one of six candidates the U.S. government made a huge bet on, investing $1.6 billion to pay for research and development and preordering 110 million doses, the Post reported.

In January, a large U.K. trial showed it was nearly 90% effective, even once a more transmissible variant had taken hold. Over the past five months, health officials and scientists have waited anxiously for confirming evidence from the U.S. trial. But that second study did not start until the end of December, due in part to manufacturing delays.

Meanwhile, the United States had secured more than enough shots from the three companies with authorized vaccines — Pfizer, Moderna and Johnson & Johnson — to satisfy demand. A fourth, from AstraZeneca, reported results in March.

Recombinant protein vaccines such as Novavax's — the hepatitis B vaccine is another example — teach the immune system to recognize a virus by introducing a lab-made version of a viral protein.

Once the production process is in place, the vaccine offers potential advantages.

"The benefit of their formulation … is it's remarkably scalable, so they can scale to a very high number of doses," Matthew Frieman, a coronavirus expert at the University of Maryland's School of Medicine who has worked with the company in the past, told the Post. "It's not a super-strange production platform … you don't need super-specialized facilities. It's stable, so you don't need a severe cold chain" to store the vaccine, he said.

The U.S. Centers for Disease Control and Prevention has more on COVID-19 vaccinations.

Recall Expanded to Include 2 Million Pounds of Meat

COVID Vaccines Offer Only Some Protection for People With My...

Margarine May Now Be Healthier Than Butter